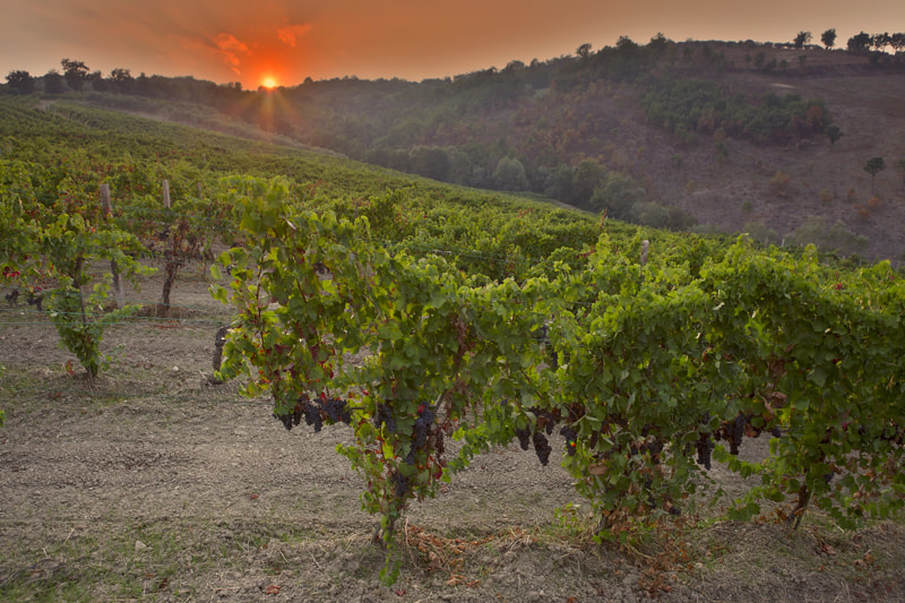 A story which has preserved and valued the tradition of extraordinary millenial autochthonous grapes of Latin  and Greek origins
The two brothers, Walter e Antonio Mastroberardino, descendants of an ancient wine-making family, in 1993 decided to divide their ways; Antonio kept the family Company, while Walter the ancient vines.
In 1994, with his sons Paolo, Lucio and Daniela, he built a new vinification company Terredora Di Paolo,
in the name of his wife Dora Di Paolo.
“Terredora is the continuation of an ancient tradition in Campania that celebrates its people and their passion for wine”
In our family's vision, the land has a central position; it represents the soul and the driving force behind the winery, that’s why, year after year, the harvest is our greatest treasure.
Winegrowers in Campania
Since 1978 TERREDORA has been a key player in Campania’s viticultural reinassance. Combining experience and tradition, TERREDORA has introduced in its own historic, indigenous vineyards modern innovations, technical knowledge, and a team dedicated to respecting and promoting the return to traditional viticulture, a most qualified tradition.In Campania the history of men is intimately linked to vines; TERREDORA’s commitment is to filling the glass with the taste of this fascinating and generous land, thanks to the benefits of volcanoes and the sun. After World War II, Walter Mastroberardino, a resolute southern man who is now head of TERREDORA, began to carry his bottles around Italy, starting from Milan.