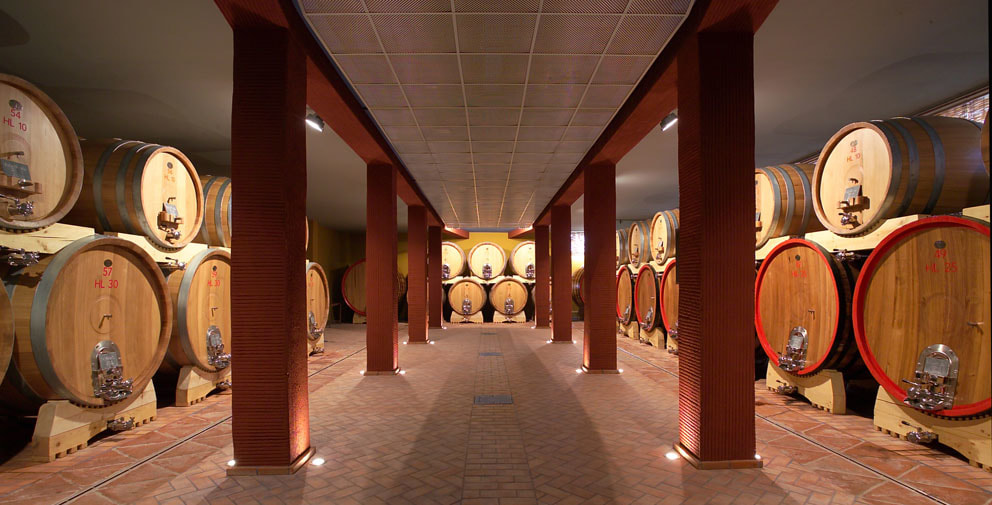 Vineyards and cellars since 1880

Take the road north towards Barolo and, in viticultural terms at least, you’re faced with a choice: left to the sterner, more powerful expression of the Nebbiolo grape; or right towards its gentler, more perfumed and elegant face. As a winemaker, which do you choose? If you’re Matteo Ascheri, you don’t – you have vineyards in both areas. The result is a brace of Barolos that, tasted together, illustrate the disarming diversity of this beautiful part of Piemonte: Pisapola and Sorano.

The Giacomo Ascheri Cellars originated in La Morra: in that area, where a place called “Ascheri” still exists, in the early 19th century the first vines were planted and the first wines produced. At that time, the vine-growing and wine producing aspect of the area called Langhe was still very primitive and uncertain: wines were mostly sold in demijohns and they travelled for days before reaching the selling place. Of that period, it is a reliable testimony the “Ascheri” vine cultivation method which was then considered modern as it was characterized by innovative technical system. This is an example of how problems were and still solved in Aschey Winery. In those years, the most important town for distribution of Barolo, the most known wine of the area, was Bra, a small town located near Alba. That was because the most important market was Turin, which has better connection with Bra than Alba. This trade was stimulated by the Royal House of Savoy which owned important estates in the surroundings of Bra, such as Pollenzo and the old winery of S. Vittoria d’Alba now Cinzano. Because of these important facts, 1880 our cellar was moved from La Morra to Bra, where it is still nowadays. The years from the early 20th century to our days have been characterized by a steady effort to increase the value of our products. With a view to expanding our estates by acquiring the most valuable production areas, we have subsequently added to the original La Morra Vineyards (mainly producing grapes for Barolo, Barbera d’Alba and Dolcetto d’Alba) the estates of Serralunga d’Alba, Verduno and Bra. Till now the vineyards are kept with maximum care, as we believe that only way to produce great wines.

Today the winery is run by Cristina Ascheri, Giacomo's widow, and their son Matteo, who have rethought and reapplied the Elder Matteo's convictions to the modern scene: Making good wine is still essential, but it's no longer enough to be on a transportation route: You have to work with the territory as well, and get consumers involved with the wines, but also, if possible with the land, and therefore establish a rapport. As Matteo Nicely sums:

​”In a world where, generally, the wines are made using the same grapes, the same technology, mature in the same woods, and especially are made with the advice from the same consultants, our goal is to obtain wines that express the vineyards, the grapes that they're made from, and most importantly, our ideas."